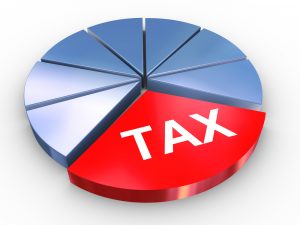 If passed, it would be the largest tax increase in the city’s history. In addition, it would be LA’s second biggest tax revenue source, at $860 million.

The proposal states that the funding would go to affordable housing and homeless prevention.

What’s in the Proposal?

The proposal would increase the transfer tax on all properties sold for $5 million and above.

While the current transfer tax rate is 0.45%, this proposal wants to increase it to 4% for properties sold between $5 and $10 million and 5.5% for those above.

The increase is in addition to the state's 0.56% transfer tax rate on nearly all properties.

It’s estimated that 28% of the proposed tax hike would be paid by single-family residences, while multi-family and business properties respectively harbor 25% and 43% of the tax.

Effects of the Proposal

The California Center for Jobs & the Economy released a report on the economic impacts of this proposal, outlining how it would affect the economy, jobs, rent, and more.

Although the proponents of this “mansion tax” claim it is the ultra-wealthy paying their fair share, the report published shows that couldn’t be farther from the truth.

Regardless of the bill’s language to protect renters, this proposal would increase rent by 5.5-8%.

Los Angeles already has one of the highest median rents in the country at $2,734. Increasing it by this amount would likely lead to more people ending up homeless, the exact people proponents want to protect.

In addition, jobs in LA would also be affected. An estimated 4,000 jobs would be lost from businesses and renters having to pay the tax.

Though advocates of the proposal argue that around 33,000 jobs would be created, the high costs of building property in Los Angeles might lead to these jobs being in neighboring cities.

Although the proposal assists with the homelessness crisis, it doesn’t nearly help out at the level needed.

The $430 million allocated for building new housing would only be able to supply 640 units per year, which is less than a 1% increase in the city’s housing supply. This would house around 1,700 people.

The number of newly housed would still trail the annual increase of those going homeless. Thus, even with the new housing, Los Angeles would still be a net loss for homelessness.

Is Homelessness Still a Funding Issue?

In the past seven years, Los Angeles voters have approved over $4.5 billion to aid housing development for the homeless population via Proposition HHH (2016) and Measure H (2017).

In the same timeframe, the homeless population in the county has skyrocketed.

Earlier this year, we wrote about how slow the development of housing and services has been, even with the exorbitant amount of funding the city has already received.

It’s become abundantly clear that funding is not the reason for the homelessness crisis.

Instead, it is an administrative issue, and voters should be cautious about providing them more money when they haven’t proved they know what to do with it.