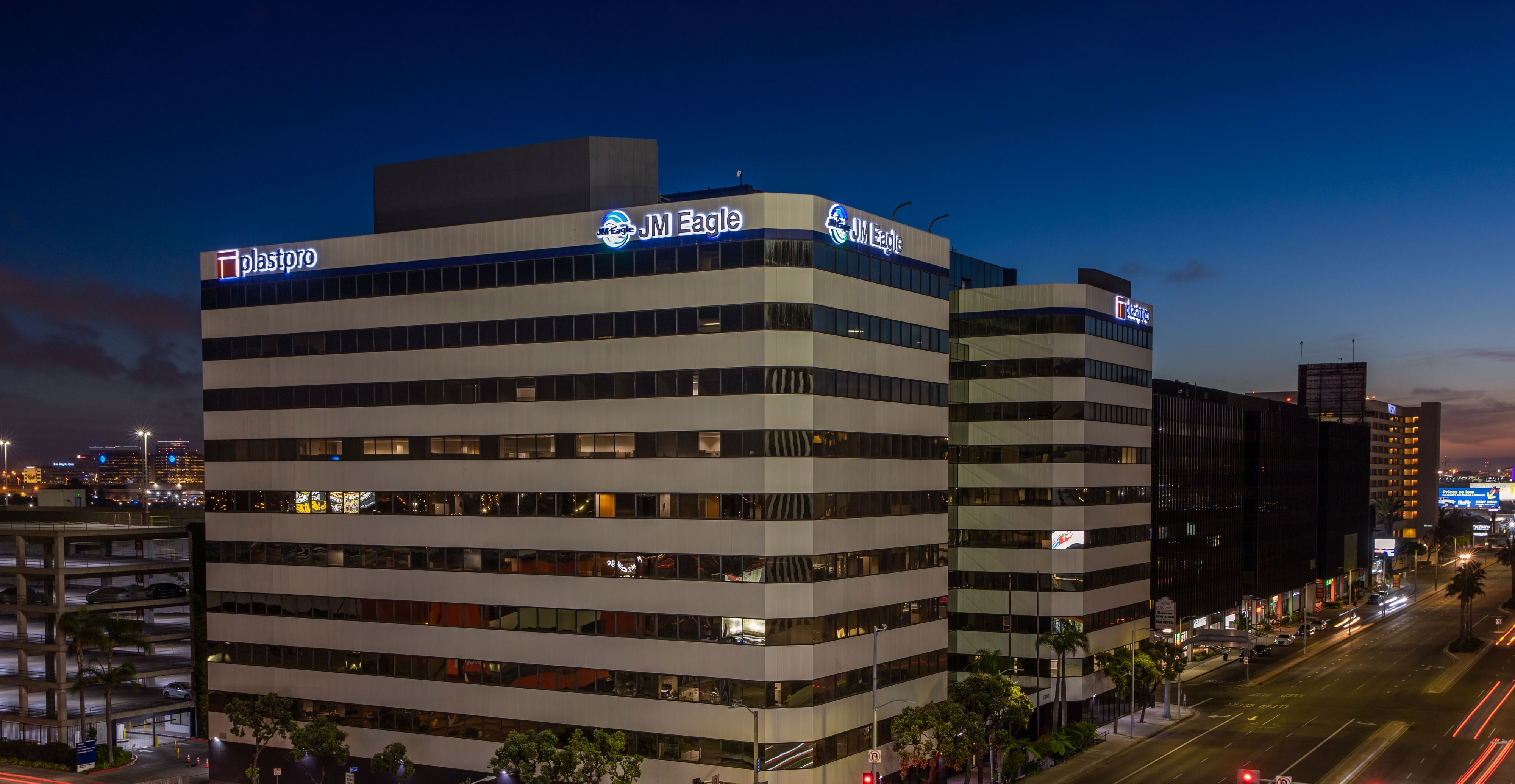 Frederick (Fred) Nicholas is one of the people who helped develop and manage office buildings in Greater Los Angeles.  He’s someone you should know.

Not simply because of his commercial real estate activities, though those have been impressive.  He leads a company that developed and previously managed the 9300 Wilshire Building in Beverly Hills as well as the former Union Bank Center (today’s JM Eagle Headquarters – photo above) near LAX Airport.

You should also know Fred because he was one of those that stood against injustice when it mattered.  He stood for American values when the leaders of California and the leaders of our nation did not.  Our leaders – as well as most Americans – disregarded the ideals that the United States of America has said it stood for and together, they dismissed the words of the US Constitution.

Fred Nicholas grew up in the Mid-Wilshire neighborhood of Los Angeles.  In October of 1941, as a senior at the University of Southern California, he received a draft notice from the US government.  Though active warfare had not yet begun, the draft was in full swing.

In 1942, he was posted as a guard at the Tanforan Assembly Center (Tanforan Prison) in San Mateo County.  He was 21 years old.  The Federal government had begun efforts to imprison approximately 112,000 Japanese Americans.  Not because they were suspected of committing or had committed any crimes.  No, they were being incarcerated because of their ethnic heritage.

Japanese Americans from throughout the Bay Area were transported to the Tanforan Prison.  They were housed in horse stables at the facility as well as in tents and barracks.

“The individuals at Tanforan were very, very upset,” stated Mr. Nicholas.  “I always admired the Japanese Americans.  They were taken advantage of and treated very badly by our country.”  He explained that many of the people at the Tanforan Prison were students around his own age.  “Many of people were taken right from school at places like Stanford [University] and [the University of California at] Berkeley,” noted Mr. Nicholas.

While guarding the perimeter of the prison, Fred would talk with the prisoners.  He treated them with kindness.  But he also did much more.

“I helped get them needed items,” stated Mr. Nicholas.  “It was cold there.  Three or four people gave me keys to their homes.  When I was off duty, I went to their homes and got their sweaters and coats.  Back on duty, I quietly gave them their clothes and keys.  Beyond the clothing, I did shopping for several families.  I’d go to the grocery store and get food that the Japanese Americans wanted.  I’d go to shoe stores and get them footwear.”

For four months at Tanforan Prison, Fred Nicholas put into active practice the values of respect and dignity that others had disregarded.

Recognition for His Actions

In 2007, 65 years after his military duty at Tanforan Prison, Frederick Nicholas was honored by Japanese Americans who were imprisoned at that site as well as by family members of those incarcerated.  The occasion was the Journey to Tanforan Reunion Luncheon (photo below) held by the Japanese Cultural and Community Center of Northern California (JCCCNC). 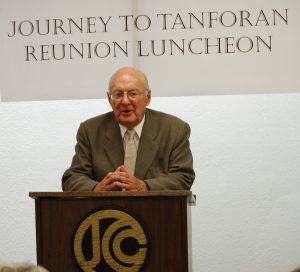 Many Japanese Americans – many Americans of all ethnicities – are grateful for the actions Frederick Nicholas took almost 80 years ago and that he would be willing to do the same again today.

Angelinos can be proud of Fred Nicholas.

The photographs were provided courtesy of JM Eagle & the Japanese Cultural and Community Center of Northern California, June 2, 2007.