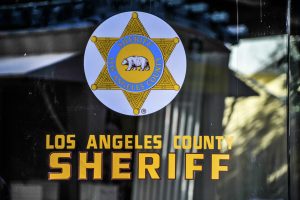 The November 2022 election is coming up and there is a lot at stake for Angelenos, including a close race on who will be the LA County sheriff. Incumbent sheriff Alex Villanueva is facing off against former Long Beach Police chief Robert Luna.

However, since neither reached 50% of the vote they will have a runoff election in November.

Public safety is at the top of Los Angeles’ voters' list of issues, so this sheriff's race is highly consequential.

So who is Alex Villanueva and Robert Luna?

Alex Villanueva is the 33rd sheriff in Los Angeles County. Elected in 2018, he is the first challenger to unseat the incumbent in over a century. In addition, Villanueva is the first Democrat to be elected sheriff since the 19th century. Prior to being elected sheriff, he served in the department for 35 years. Before that, he joined the military as a member of the Army National Guard.

Despite his long list of achievements in public service, his tenure as sheriff is not without controversy. The shootings of Dijon Kizee, Andres Guardado, and others sparked protests and accusations of racism within the LA County Sheriff's Department. As a result, misconduct by the department has resulted in hundreds of millions in settlements, including a high-profile case revolving around the death of Kobe Bryant. The number of scandals has led the LA County Board of Supervisors to figure out ways to remove him from office.

Robert Luna is the former chief (2014-2021) of the Long Beach Police Department. He retired in 2021 after a 36-year career in the department. Luna is a graduate of the FBI’s institute and National Academy and served on the Major City Chiefs Association. Currently, the former chief assists them in homeland security and mentorship. As chief, he decreased violent crime by 6.5% and property crime by 10% in Long Beach.

In a recent poll, Luna held a 31%-27% lead over Villanueva. However, the debate that was held on September 21st might impact those numbers.

To stay up to date on the race for LA County sheriff, keep up with Boma on the Frontline.