California to Ban the Sale of Gas-Powered Vehicles by 2035 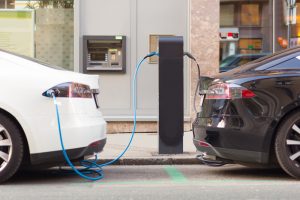 In a late August vote, California regulators voted to ban the sale of new gas vehicles by 2035.

Additionally, the California Air Resource Board set checkpoints of 35% of new cars sold being zero emissions by 2026 and 68% by 2030.

The measure will not prevent Californians from driving a gas-powered car or purchasing a used one after 2035. However, many questions remain about this far-reaching regulation's total impact on California.

California is doing this because of the ongoing climate crisis in the state.

Thus, the state wants to lower its greenhouse gas emissions and ban the sale of gas-powered vehicles.

As of 2019, the Transporation sector was responsible for 41% of greenhouse gas emissions, with cars making up a large portion of that.

In addition, the automotive industry is heading towards electric vehicles. GM, Jaguar, Ford, and Volvo all plan to go electric or carbon neutral in the upcoming decades.

Plus, electric cars are in high demand among California consumers. For example, in the first three months of 2022, 16% of all cars sold in the state were electric.

The state is also the biggest market for zero-emission vehicles, with 43% of all plug-in vehicles registered in California.

With the Inflation Reduction Act of 2022 offering $7,500 in tax credits (till 2032) for those who purchase EVs, that number can quickly skyrocket.

However, if consumers are already shifting towards purchasing EVs, is this legislation necessary?

The biggest concern Californians have with this policy is over our electrical grid.

The state’s electrical grid has been powered by natural gas for decades. It is not currently ready to take on the challenges of moving to renewable energy.

To build an energy grid that is ready to meet the challenges of roads holding primarily electric vehicles, a massive overhaul of our electrical infrastructure will be mandatory.

To achieve a transportation system with most cars being electric vehicles, California will have to expand access to charging stations. It will be one of the most daunting and expensive projects in California's history.

Researchers at UC Davis believe that we will need 1.9 million public chargers at an estimated building cost of over $20 billion by 2035.

When they included other infrastructure such as home chargers, the cost per electric vehicle came out to around $1500.

While the 2021 Infrastructure Bill provides funds for charging stations every 50 miles on highways, California will have to invest significantly more to meet the demand.

California’s electrical grid will have to be much more powerful and resilient.

Click here to learn more about California’s plan to ban the new sale of gas-powered vehicles.

Keep up with Boma on the Frontline to learn about the latest in California’s Climate Plan.