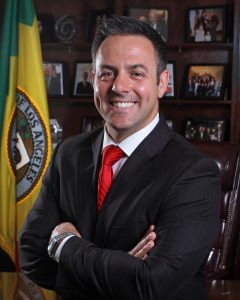 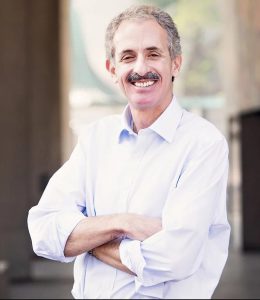 Last week, Los Angeles Councilmember and President pro tempore Joe Buscaino announced his bid for Mayor in the 2022 race. He will join and compete with City Attorney Mike Feuer, who announced his mayoral campaign on March of last year.

The election for the next Mayor of Los Angeles will take place on November 8th, 2022, where the top two candidates of the June primary will compete for the office. Current Mayor Eric Garcetti, who won re-election in 2017 with a landslide 81.4% of the vote, will be unable to run for re-election in 2022 due to term limits.

Though the next mayoral election is relatively far away, Mayor Garcetti's absence will make the election anyone's game. As such, candidates are already getting a head start in their campaign efforts to garner more support in the coming months.

The election is an important development in Los Angeles' history. The next Mayor will have substantial influence in the City's response to homelessness, and the 2028 Olympics.

While Buscaino and Feuer are the candidates so far, it is still possible for other candidates to declare before the 2022 election. Some possible candidates could include City Councilmembers Kevin de León and Mark Ridley-Thomas, or businessman Rick Caruso.

Councilmember Joe Buscaino on the issues

In addition to being the President pro tempore of the City Council, Councilmember Joe Buscaino is currently the chair of the Trade, Travel and Tourism Committee, where he oversees developments in the Port of Los Angeles and LAX.

Before joining the Council, Buscaino served as a police officer with the LAPD for 15 years.

As Mayor, Councilmember Buscaino would focus on the issues of homelessness and crime. According to the LA Times, the Councilmember supports regulations of encampments and sidewalk accessibility.

Councilmember Buscaino won the District 15 Council race in 2012 and once again in 2017.

According to the campaign website, Mike Feuer will strive to maintain and build on his track record during his time in public office. He cites his work on criminal justice reform, and his offices' work to combat the spread of racism and misinformation during the COVID-19 pandemic.

The campaign has also emphasized a "neighborhood centered" approach, which will prioritize the quality and safety of neighborhoods throughout the City.

For example, the campaign addressed key issues like homelessness and affordable housing. With growing number of encampments due to COVID-19, Feuer hopes to dedicate City staff on homelessness, and continue to provide critical mental health and other services.

Moreover, if successful, Feuer's homelessness response will attempt to keep a balance between housing and public safety.

Mike Feuer won the race for City Attorney in 2013, and also won again in 2017 in an unopposed race.