BOMA/GLA is honored to present our Elected Official of the Year, Kathryn Barger. We also support her reelection campaign for the Board of Supervisors.

As a faithful steward to District 5 and the residents of Los Angeles county, Barger has won reelection to her seat on the Los Angeles County Board of Supervisors. She currently serves as the Chair of the Board, after having first been elected in 2016.

Past Experience in the 5th District 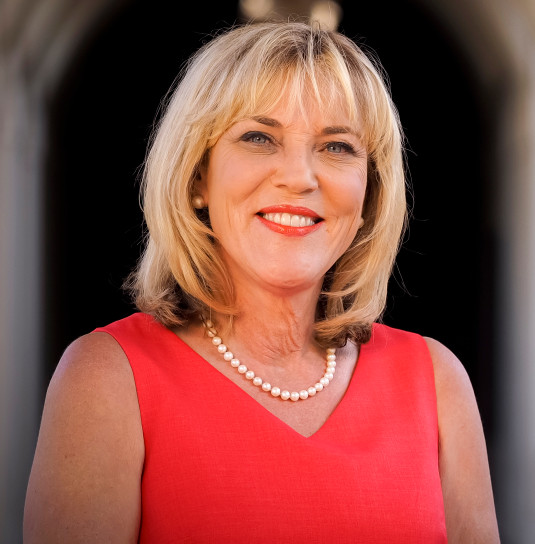 Born and raised in the 5th district and returning to California after attending university in Ohio, Barger began her political career in the same office she holds today.

Beginning as a college intern, she quickly rose through the ranks to be Supervisor Michael D. Antonovich’s Chief Deputy in 2001. As a chief policy officer, she focused on health, mental health, social services, and children’s issues to improve the quality of life of under-served populations in the district.

Barger has focused on many issues the county faces, including public safety, the environment, homelessness, and economic development. For example, as current Chair of the Board, her mission is to focus on children as a way to comprehensively address all of these issues.

In her mission to protect the residents of LA county, Barger has developed many initiatives, including:

Solutions for the homelessness crisis may seem too difficult to manage, but Barger has decided to tackle the problem head on. For example, she:

Importantly, when the SCOTUS denied the appeal, the Supervisor recognized that, “a review by the Supreme Court providing clarity to the Boise ruling could have added one more tool in our set of strategies to combat this humanitarian crisis.”

Finally, Supervisor Barger's response to the COVID-19 pandemic exemplifies her ability to lead. Among other things, Barger played a key role as the face of County's coronavirus efforts. Through her role, LA County saw:

In her reelection campaign, Barger is endorsed by:

Her priorities align with a continuation of her previous work in office, most especially under-served populations, promoting economic growth and job creation, and fiscal responsibility.

We are honored to have presented the Elected Official of the Year Award to Supervisor Kathryn Barger as a part of our annual Awards of Excellence. We continue to work with her moving forward advocating for the needs of the commercial real estate community.