Your Guide to the 2022 Statewide Ballot Initiatives 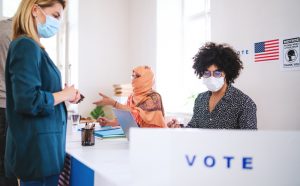 The November 2022 election is less than three months away, which means initiatives are being finalized and placed on the ballot. This election is very consequential to California’s future, from social issues to taxes and education.

Below are the statewide initiatives that have officially qualified for the 2022 California ballot. While BOMA/GLA does not have an official position on these propositions, our advocacy staff is happy to answer any questions you might have about the following propositions.

Initiative Summary: This initiative would amend the California State Constitution to establish a right to reproductive freedom. While abortion is legal in California, this would make it so the legislative branch cannot impede that in the future.

Initiative Summary: This initiative would legalize sports betting at tribal casinos and licensed racetracks. It would also legalize dice games such as roulette and craps at tribal casinos. At licensed racetracks, there would be a tax of 10% on sports betting. The allocation of revenue is divided as follows: 70% to the general fund, 15% for mental health and gambling prevention, and 15% to the Bureau of Gambling Control for Enforcement.

Initiative Summary: This initiative legalizes mobile sports betting for those at least 21 years of age. The revenue will have a 10% tax that will go toward homelessness prevention and programs. It will also set up the Division of Online Sports Betting Control in the Department of Justice to regulate mobile betting.

Initiative Summary: This initiative would require funding for K-12 public schools arts and music programs that are equivalent to at least 1% of state and local revenues received under Prop 98. It also requires schools with over 500 students to use 80% of funding to employ teachers and the remaining 20% on training and material.

Initiative Summary: This initiative would require dialysis clinics to have at least one physician, nurse practitioner, or physician assistant while patients are being treated. It also requires clinics to report dialysis-related info to the State, and not discriminate against customers based on payment.

Initiative Summary: Increases personal taxes by 1.75% for incomes over $2 million. The new funding is allocated as follows: 35% to Zero-Emission Vehicles (ZEV) Investment Plan Sub-Fund, 45% to the ZEV and Clean Mobility Sub-Fund, and 20% to the Wildfire Greenhouse Gas Emissions Reduction Sub-Fund.

Initiative Summary: In 2020, the California Legislature banned flavored tobacco products aside from a few exceptions such as Hookah products. This initiative is a referendum on that, meaning a “yes” vote is voting to uphold that ban.

For more information regarding this year’s state and local ballot initiatives, keep up with Boma on the Frontline.