The 2022 Ballot Initiatives You Need to Know About 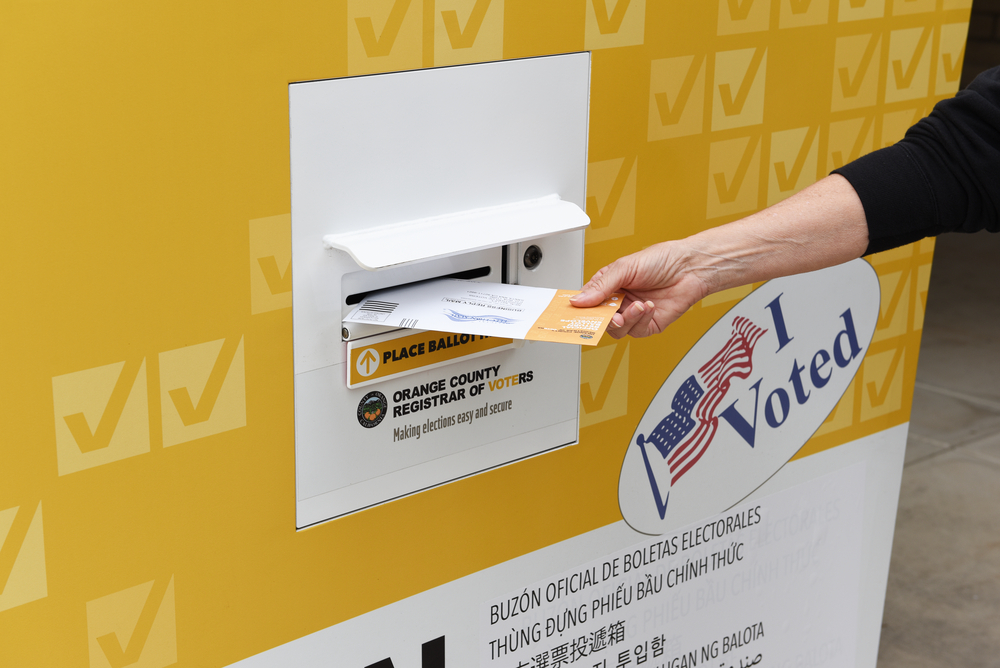 In gearing up for the November 2022 General Election cycle, advocates are beginning their process to gather signatures for 38 ballot initiatives that could significantly change state laws. From taxes to housing, and economic development, these ballot initiatives could prove consequential for years to come.

Below are just a handful of the 38 ballot initiatives that we believe could impact the commercial real estate industry in some meaningful way. Though they have yet to receive the required number of signatures to be eligible for the 2022 ballot, they should still certainly be on the lookout moving forward.

We will update this list as ballot initiatives become eligible or fail to meet their respective deadlines.

Initiative No. 21-0042 - Limits Ability of Voters and State and Local Governments to Raise Revenues for Government Services

Initiative Summary: New or increased state taxes currently enacted by a two-thirds vote of the Legislature, also requires statewide election and majority voter approval. Limits voters’ ability to pass voter-proposed local special taxes by raising the vote requirement to two-thirds. Eliminates voters’ ability to advise how to spend revenues from the proposed general tax on the same ballot as the proposed tax. Expands the definition of “taxes” to include certain regulatory fees, broadening the application of tax approval requirements. Requires Legislature or local governing body set certain other fees.

Initiative No. 21-0037 - Provides Funding for Programs to Reduce Greenhouse Gas Emissions by Increasing Tax on Personal Income Over $2 Million

Initiative Summary: Increases tax on personal income over $2 million by 1.75% for individuals and married couples and allocates new tax revenues as follows: (1) 45% for rebates and other incentives for zero-emission vehicle purchases and 35% for charging stations for zero-emission vehicles, with at least half of this funding directed to low-income households and communities; and (2) 20% for wildfire prevention and suppression programs, with priority given to hiring and training firefighters. Requires audits of programs and expenditures.

Initiative No. 21-0022 - Provides Funding for Pandemic Detection and Prevention by Increasing Tax on Personal Income Over $5 million

Initiative Summary: Increases tax on personal income over $5 million by 0.75% for 10 years, and allocates new tax revenues as follows: 50% to the California Institute for Pandemic Prevention (established by this measure), to award grants for research and development of technologies to detect and prevent future pandemics; 25% for public health programs for pandemic preparedness; and 25% for improvements to school facilities to limit disease transmission. Creates Independent Scientific Governing Board to administer the Institute; requires board members have specified medical, technological, or public-health expertise.

Summary of estimated fiscal impact on state and local governments: Increased state tax revenues that likely would range from around $500 million to $1.5 billion annually for the ten-year period the new tax would be in effect. Revenues entirely would support activities related to infectious disease control and pandemic prevention.

Initiative Summary: Exempts from property tax reassessment transfers of primary residences between parents and children (and grandparents to grandchildren if parents are deceased), regardless of value (removing cap set in 2020 by Proposition 19). Also exempts transfers between the same family members of other real properties valued up to $2.4 million (e.g., second homes, rental/business properties). Reduces local property tax revenues and eliminates California Fire Response Fund created by Proposition 19. Requires the state to reimburse local agencies for property tax losses due to Proposition 19’s other tax changes.

Summary of estimated fiscal impact on state and local governments: Net state criminal justice system savings could range from the low hundreds of millions of dollars to over $1 billion annually, which would be spent on education, restorative justice, and transitional housing. Temporary increase in county criminal justice system costs that could be in the tens of millions of dollars annually.

Initiative No. 21-0010 - Amends Laws Regarding Police Officer Use of Force, Training, Body Camera, and Budget Requirements

Initiative Summary: Eliminates collective bargaining between state/local governments and labor organizations (including unions) representing teachers, police officers, nurses, firefighters, and other public employees about wages, benefits, hours, labor disputes, or other work conditions. Requires the Governor-appointed State Personnel Board to establish wages and benefits for state employees. Prohibits new or amended public-employee labor agreements, including extensions, but does not impact existing agreements. Authorizes state/local governments to provide up to 12 months of severance pay to employees who resign within three months of the measure’s enactment.

Initiative Summary: Provides that city and county land-use and zoning laws (including local housing laws) override all conflicting state laws, except in certain circumstances related to three areas of statewide concern: (1) the California Coastal Act of 1976; (2) siting of power plants; or (3) development of water, communication, or transportation infrastructure projects. Prevents state legislature and local legislative bodies from passing laws invalidating voter-approved local land-use or zoning initiatives. Prohibits the state from changing, granting, or denying funding to local governments based on their implementation of this measure.

Summary of estimated fiscal impact on state and local governments: Fiscal effects of the measure depend on future decisions by the cities and counties and therefore are unknown.

Initiative Summary: Increases the portion of homeowner’s property value that is exempt from property tax from $7,000 to $200,000 (adjusted for inflation). Increases renters’ income tax credit to up to $2,000 (adjusted for inflation); increases income limit for claiming credit to up to $400,000. Reimburses local governments’ lost revenue from these changes with a new property tax surcharge of up to 1.2% on properties valued at over $4 million. Limits local government discretion to deny certain housing development projects.

Summary of estimated fiscal impact on state and local governments: Increased property taxes on a property with a taxable value of more than $4 million providing $16 billion to $19 billion in new revenue. Increased state costs resulting from the increases to the homeowners’ property tax exemption and renters’ tax credit. Increased costs to local governments for carrying out the measure. Total costs would be $16 billion to $19 billion annually and likely would be fully offset by revenue from increased property taxes on higher-value properties.

Initiative Summary: Restricts state and local officials’ authority to issue orders restricting business or school operations during public health and certain other emergencies, including storms, drought, energy shortage, or cyberterrorism. Limits orders’ duration to 30 days, unless extended by Legislature or local governing body. Prohibits orders from distinguishing between businesses based on size. Requires orders to permit schools to remain open to the maximum extent possible. Requires online publication of information justifying orders; prohibits officials from relying on other information to defend orders against legal challenge.