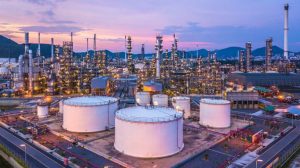 Gas prices around the nation reached all time-highs this year, with California at times having an average of $6.40 per gallon.

While costs have lowered since peaking this summer, Californians are still paying an average of $4.716 per gallon at the pump.

The Argument for the Plan?

This year, many oil corporations have been making record profits. Companies like Chevron and BP have gained some of their highest profits ever, while other companies are seeing over 1000% profit increases from last year.

Newsom argues that even when the cost of crude oil decreased, fuel prices in California did not reflect that change.

In addition, they claim that oil companies allowed their inventories to get low, which caused an additional increase in prices.

While Governor Newsom’s plan doesn’t include any specific figures on what the cap would be, legislators are expected to release that soon.

The Argument Against the Plan?

Although gas prices in California are higher than in the rest of the country, there are other reasons for this.

Oil companies argue that this is a result of the state’s policies against the fossil fuel industry and the eagerness of California to switch to renewable energy.

In addition, they point to the state’s high taxes as a reason why gas prices are higher.

California does have the highest tax on gas in the country, with an estimated $1.18 per gallon going to taxes and fees.

There were many exterior factors in the rise of gas prices as well, and we know this because prices around the world increased.

From a sudden increase in demand from losing COVID restrictions, a war in Ukraine, and OPEC’s production cuts, gas was destined to increase in price regardless of individual oil companies.

It’s yet to be determined what the cap on profits will be for oil companies, but we’ll make sure to update you as the Legislature works on it.