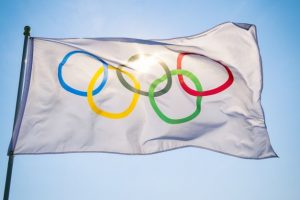 As a result, the city of Los Angeles is preparing to host the thousands of athletes and spectators there for the games.

Therefore, Los Angeles must fix major issues it has been dealing with, such as homelessness, before 2028.

The 1984 Los Angeles Summer Olympics were a big deal for Los Angeles and the United States.

Los Angeles was trying to show off “Hollywood” to the world, while the United States was eight years removed from participating in the summer Olympics due to a boycott of the 1980 summer games in the Soviet Union.

However, Los Angeles was dealing with many issues in the 1980s, and it was a cause for concern leading up to the games.

One of the major issues was poor air quality, which was heavily discussed during the pre-Olympic coverage. The problem publicly reached its height after British runner Steve Ovett suffered an asthma attack, which he attributed to air pollution.

However, Los Angeles learned from this and the 1984 Olympics became one of many reasons for the 1988 Clean Air Act passed in California.

On the other hand, the city experienced a massive homeless problem in the 1980s. It was fueled by the cocaine/crack epidemic, a slow economy, an increase in rent, and cuts to welfare programs.

During the olympics, the city tried to get rid of the homeless by enforcing laws that “made it a crime to be homeless” and driving residents “in and around Skid Row… out of view”.

In essence, the city tried to put makeup on a real crisis, which didn’t work.

By the time the 2028 Summer Olympics come around, the city of Los Angeles needs to have real solutions in place to address the homelessness crisis, rather than hiding the issue from visitors.

A Look Toward the 2028 Olympics

If the city of Los Angeles wants to be prepared for the 2028 Summer Olympics and the public spectacle that it brings, they have to begin making progress now.

Instead of the “cosmetic” approach, they took in 1984, they have to provide permanent solutions to assist the city’s homeless.

However, since the 2022 midterms, the new flock of elected officials appear serious about taking action.

One of those new officials, Los Angeles Mayor Karen Bass, called a state of emergency on homelessness on her first day in office. A day later, the Los Angeles City Council approved her declaration.

This will allow the city to tap into more resources to end the homelessness crisis and eventually make the city as presentable as possible for the 2028 Olympics.

As with most major citywide sporting events, it is imperative that the infrastructure is prepared by the time of the event.

Fortunately, Los Angeles and surrounding cities appear to have a plan for each event and where it will be located.

The following are many of the major locations that will be used in the olympics:

While it appears that the LA28 committee has a strong foundation for the infrastructure that will be used in the games, it’s imperative that the public transportation system can bring people to them.

As a result, the Metro has many different projects in development to ensure that spectators will be able to get to the games without driving.

In 2017, Mayor Garcetti introduced the proposal of 28 by 28, a transportation initiative to complete 28 transit projects before the 2028 Olympics.

Thus far, only a few have been completed.

With less than six years remaining until the summer games come to LA, it’s vital that transportation is expanded, accessible, and safe.

The 2028 Summer Olympics in Los Angeles is a big moment for our city. Our local officials must learn from the mistakes we made in the past.

Rather than using the olympics to mask our biggest problems, our city should use them as motivation to solve them.

For our industry, member properties from the Valley to Long Beach will be on display for the world.

With the olympics still years away from being in Los Angeles, updates on the city’s progress will be few and far between.

Regardless, keep up with BOMA on the Frontline for the latest on the 2028 Olympics.